Ministers are bracing themselves for a powerful new rebuke from the government’s own advisers over the nation’s inadequate response to the climate crisis. In its annual progress report, to be published on Thursday, the Committee on Climate Change will lambast continuing failures by the government to tackle the issues of overheating homes, flash floods, loss of biodiversity and the other threats posed as our planet continues to overheat dangerously.

Last year, the committee complained that no areas of the UK’s response to the climate crisis were being tackled properly. “The whole thing is run by the government like a Dad’s Army,” said the committee’s chairman, Lord Deben.

The UK is due to host the critical UN summit next year, but its credibility as a climate leader is now under threat

And this year’s report will bring no happier news for ministers. Instead, the committee will highlight the fact that virtually no progress has been made over the past year to tackle the misery that will be brought by climate change. And although global carbon emissions have decreased during the Covid-19 pandemic lockdowns, many scientists warn that any benefits for the climate are likely to be temporary.

As a result, the committee is expected to make a number of key proposals to try to get Britain back on track and moving towards its commitment to bring all greenhouse gas emissions in the UK to net zero by 2050. It will recommend:

The need to take action over climate change has become increasingly urgent, scientists have warned over the past few weeks. Despite the recent dip in carbon emissions, last month was the warmest May on record, according to Nasa, and scientists say 2020 could be the warmest year on record.

Siberia is now sweltering in a heatwave and its permafrost is in danger of melting, releasing plumes of methane, a powerful greenhouse gas. And in the Antarctic, researchers have reported the spread of algal blooms triggered by rising temperatures. 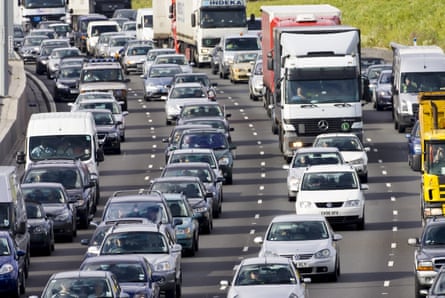 No part of the globe is going to escape the crisis, researchers insist, and the UK must be prepared to tackle the inevitable threats of rising sea levels, coast erosion, flooding, heatwaves and epidemics of diseases, such as malaria. At the same time, it needs to rapidly curtail its reliance on fossil fuels to meet global emission pledges.

“The UK is due to host the critical United Nations climate change summit next year, but its credibility as a climate leader is now under threat,” said Bob Ward, policy director at the Grantham Research Institute on Climate Change. “Successive committee reports have warned we are not on course to meet our carbon budgets which set future emissions targets. The government needs to use the economic recovery packages from Covid-19 to put us back on track.”

Petrol and diesel vehicles need to be phased out, moves begun to eliminate gas central heating, and work started on adapting homes and workplaces against flooding and heatwaves. “These will all require massive investments, but they will also create new jobs and economic growth,” added Ward.