Coronavirus has dealt the fossil-fuel industry the biggest single blow in its history, and it is clear that 2020’s plummeting demand for oil and gas is no mere flesh wound. The global Covid-19 crisis may have already triggered a terminal decline for big oil.

BP’s decision last week to reset its oil price forecasts for the next three decades was the latest tremor in a seismic shift for the industry. Its forecasts of a $75-a-barrel oil price over the next 30 years were scrapped in favour of an average price of $55. The watershed decision wiped more than $17bn from the value of its business at a stroke and could mean many of its untapped oil reserves will remain in the ground.

The transition to a renewable future featured prominently in BP’s statement. Chief executive Bernard Looney said: “These difficult decisions – rooted in our net-zero ambition and reaffirmed by the pandemic – will better enable us to compete through the energy transition.” The company added that the pandemic would probably “accelerate the pace of transition to a lower-carbon economy and energy system”.

It is a clear acknowledgement that the progress of the green transformation is unstoppable, only weeks after Royal Dutch Shell too bowed to the inevitable decline of oil industry returns. Shell revealed a dramatic rebasing of its shareholder dividends, wiping three-quarters from the annual payouts expected this year, in its first dividend cut since the second world war.

Ben van Beurden, Shell’s chief executive, said at the time that the pandemic could bring the high-water mark of the oil market closer and may mean that the company shows preference to clean energy projects “which serve us better in the future”.

Van Beurden has been more cautious than Looney, but they are heading to the same conclusion. The most ancient of human terrors – a pandemic – has shown two of the world’s most powerful polluters to be out of time.

Both companies acknowledge that the peak in global oil demand is likely to come sooner than expected as a result of the collapse in fossil-fuel use during the pandemic, with further momentum provided by governments that focus on a green economic recovery. One research firm, Rystad Energy, believes that more than 280 billion barrels of oil may be left in the ground as the world’s appetite for the fuel peaks in seven years’ time. Others believe the peak may have passed last year.

Nonetheless, a climate victory is not guaranteed. It will require governments to accelerate plans for a green economy, and that will be a test of voters’ political will. Politicians will be wary of testing public resolve for further change when economies around the world have received their worst battering since the second world war.

Some industries, such as aviation, appear to be decades away from the technological breakthroughs that would enable them to make a meaningful contribution to emissions cuts.

This will put further pressure on oil companies to acknowledge their fate and put more management focus, and money, into embracing renewables. BP set a carbon footprint target of net zero by 2050. But by putting just $500m of its annual $12bn investment budget into green energy, it showed that words were not being matched with deeds – a familiar accusation can be levelled at major polluters. This time, though, the existential threats to the planet (both Covid and climate) pose a terminal threat to the fossil fuel majors. BP and Shell are savvy enough to know this.

The admission by oil companies – the corporations with most to lose from a battle against the climate crisis – that their industry is on the cusp of decline renews hope that change is possible.

The business buzzword of the year must be “furlough”. It was barely used before March, but now everyone knows the shorthand description for chancellor Rishi Sunak’s Coronavirus Job Retention Scheme.

It is the single most successful part of the government’s pandemic support package for business. At a cost of about GBP20.8bn, it has been hideously expensive, but it has supported the wages of 9.1 million workers. A large proportion of those jobs might otherwise have been lost (or lost earlier, since unemployment will, inevitably, rise as the scheme winds down).

Happily, though, a few companies have declared that Covid-19 was less disastrous than feared for their business and that they will pay back their furlough grants. Ikea, Taylor Wimpey, packaging company Bunzl and, on a smaller scale, the Spectator magazine fall into this category.

A few others, such as housebuilders Berkeley and Bellway, never took the government cash in the first place. They took the commendable line that it would be “disingenuous” to accept furlough money when the sector already benefited from the help to buy scheme.

These examples should provoke some soul-searching in other boardrooms. Was the furlough cash really needed? Was it really a form of insurance that was not, ultimately, required? If so, returning a few quid to the Treasury would be right thing to do. Even a return of collective billions would not noticeably improve the UK’s new debt-to-GDP ratio of 100.9%, but the principle matters.

The question won’t apply to many sectors – airlines, most obviously. But there will be a swath of companies that should, at the very least, be considering repayment. They should also know that any company that awards bonuses to its executives for 2020 after taking money from taxpayers will have some serious explaining to do. 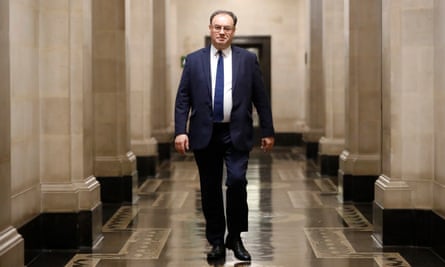 The Bank of England governor, Andrew Bailey, marks 100 days in the job this week. His supporters say the country has needed a calming influence at the heart of its central bank during this crisis and argue Bailey has played that role diligently. However, the coronavirus pandemic and the depth of the recession that Britain is experiencing demand greater firepower from the Bank than is currently on offer.

It would be unfair to describe the Bank’s response as timid – it has increased its quantitative easing (QE) programme from GBP200bn in 2009 to GBP745bn. But a good deal of the extra cash pumped into the economy has been stored by co

mpanies and lie idle. A modern-day central banker’s job is to make sure such funds are put to work.

Bailey was a senior figure at the Bank in the previous decade when a plan was hatched to spur the housing market. Officials made lenders give cheap loans to first-time buyers. Called “funding for lending” – which ran in parallel to Help to Buy – the scheme was a government-approved social-engineering project that doubled as a speedy way to get the housing market up and running.

But today, where are the proposals that could spark corporate investment to life? The Federal Reserve, the Bank’s US counterpart, is buying distressed debt, which means it is making loans to companies hit by the pandemic. Across the channel, the European Central Bank has adopted negative interest rates, in effect paying customers to take loans. Japan has designed its lending to make sure interest rates stay at rock bottom for a generation.

Bailey has talked about doing whatever it takes. At the moment, that is just talk. In 2010, further increases in QE were described by some officials as “pushing on a piece of string”. It’s time the Bank pushed something else.