Grant Howie likes to describe himself as a “traditional kind of middle-aged meat eater,” which is to say he eats mostly beef or lamb sourced from farms in his region. But he’s also not shy of a plant-based burger made from hemp, soy and pea isolates, hydrated with coconut oils and flavour powders. His vegan daughter cajoled him into making plant-based products at his New Zealand-based company Fishers Meat.

But ask this longtime food executive to eat lab-grown meat and Grant will dig in his heels. There is a limit to his progressiveness. “It just sounds too scary science,” he says.

Mention “lab-grown meat” or tissue-engineered, cultured or cultivated meat 2.0 and food lovers of all ages will typically recoil. In 2019, US food advocacy group the Good Food Institute conducted a consumer survey and settled on two preferred terms: “safe” and “clean”.

Clean won out, primarily because lab-grown meat is still meat – with the same protein and fat profiles. It’s not an eat-all-you-want sort of product, which is what “safe” implies. Using animal-sourced starter cells and a nutrient cocktail, companies are literally growing animal muscle in controlled environments.

At the moment the output is chicken nuggets, fish sticks, beef patties and the like – but the ambition is to grow a whole chicken breast or a fillet steak. So is cultured meat really a mass-market, environmentally sound food fix – as it’s been touted – or just another food tech fad?

It is essentially chicken meat grown from cell cultures

When I set out to make the podcast A Carnivore’s Crisis I started with the question: must meat and dairy die in order for the planet to live? It ultimately led my producers Nicola Harvey and Naima Brown to a laboratory in San Francisco where mung-bean eggs and cultured chicken nuggets are being created.

Just Inc is a food tech company that made a name for itself producing a scrambled egg replacement that is barely distinguishable from the real thing. Its newest food invention is lab-grown nuggets. My producer Naima tasted one and described the flavour as “just like chicken”, which makes sense, because it is essentially chicken meat grown from cell cultures.

Just Inc CEO Justin Tetrick says food technologies like lab-grown meat are an approach that’s necessary because people are imperfect. “Not everyone is going to care about mitigating climate change over their breakfast,” he says. “But everyone does care about eating food that tastes really good and that’s affordable.” Affordable. That’s important. At the moment we don’t know if lab-grown meat will be affordable or tasty when made en masse, because it’s not in the market yet. 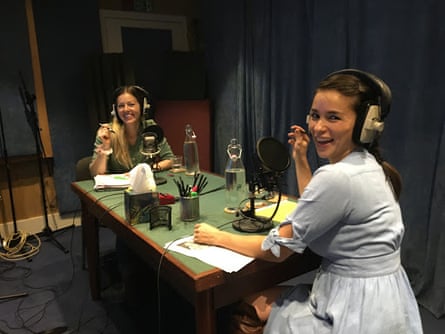 As for taste: US food writer Sophie Egan told us the nugget format “assumes that everyone wants to basically eat off the kids’ menu”. While in San Francisco making the podcast, we spoke with Sophie about an article she’d published for Eating Well in which she asked a range of experts to comment on the potential benefits of lab-grown meat. Regarding the health implications, Dr Frank Hu said “too soon to know”; on taste, chef Erica Holland-Toll commented that “it’s not going to deliver any terroir“; and as for sustainability, the most pressing issue, Humane Society vice president Paul Shapiro said, “clean meat is better”.

Better because early indications suggest the production of lab-grown meat will be mostly slaughter-free, aside from cattle harmed or killed to source the Fetal Bovine Serum that feeds the meat starter cells during the research phase. And it won’t require the vast amounts of water, land, fertiliser and other inputs used for conventional cattle farming. So better, but not perfect.

Like many other food lovers, I’m concerned about the impact the food system is having on the environment. We may think local and seasonal is best, or a plant-based burger is better than a grass-fed or lab-grown beef burger, but the conversations I had while making A Carnivore’s Crisis have convinced me that the lever for change doesn’t start and end with you and me at the supermarket.

It requires big food companies to change the way they operate and supply the global food system. So perhaps the flurry of interest in lab-grown meat is a reason to be optimistic.

As another food executive Rick Walker told us, it makes sense that big food and meat companies like the North American giant Tyson Foods are investing in lab-grown startups, because protein production will continue to be profitable regardless of whether it’s from a beast or a petri dish. Despite everything we know about its environmental impacts, the worldwide demand for beef is still rising.

Animal products are a luxury product, regardless of whether they come from the lab or the land

It’s easy to get caught up in the latest food trend. We are being sold the message that in order to save the planet we need to buy alternative protein products, yet I truly think what we need to be doing is just buying less and using what we buy better, not buying what the big food companies tell us to.

When I was young I’d spend the summer months at my grandmother’s dairy in the Austrian Alps. For her, meat wasn’t an everyday thing. It was a treat on a Saturday or Sunday. I think we need to return to that. Animal products are a luxury product, regardless of whether they come from the lab or the land.

In late 2019, as we were in post-production on the podcast, I travelled to Japan for a work trip. There I tried the very finest wagyu beef at Wagyu Mafia. It was like nothing I’ve ever tasted before: rich, buttery and subtle in flavour. The finely marbled beef was served paper-thin, as delicate sushi. The focus was on a little slice of luxury; beef as a condiment, not a main course.

Recently Just Inc partnered with a Japanese wagyu company to source cells to grow perfectly marbled beef, without raising or slaughtering an animal.

Perhaps when served as a katsu sando, I’ll be hard-pressed to tell the difference between their lab-grown version and pasture-raised wagyu. But it’s all hypothetical. For now lab-grown beef is just another curiosity in the long line of fashionable future foods.

Those Just Inc’s chicken nuggets? At the moment, they cost around $US50 to produce, each.