We were in Cornwall for a fortnight at the end of last month, driving back to London on the bank holiday. Unpacking the car, I found myself crouching to peer at the front numberplate with my phone torch. I’m old enough to remember when long summer journeys left windscreens and headlights stippled with insects. Looking at the car last week, though, there was no evidence of that one-time carnage, hardly a squished bug to be seen.

The check confirmed a sense I’d had while we had been down on the Lizard, walking in woods, picnicking by the Helford River, sitting out in the evenings: that the air was far less alive than in my memory of late English summers. We weren’t getting bitten. There were few moths around flames. Apart from the odd persistent lunchtime wasp, I was hardly aware of any insect life at all.

It was exactly that perceived absence – they actually called it “the windshield phenomenon” – which first prompted entomologists to start doing something 20 years ago that they had not done enough of before: count insects. What they discovered dramatically confirmed what they had long begun to suspect, that in some places general insect populations had declined by up to 80%. Those findings and their consequences are among the subjects of a one-off BBC special, Extinction, next Sunday, with comment from David Attenborough. Even if you don’t subsequently feel moved to epoxy your trousers to the pavement outside parliament, it’s worth gluing yourself to your sofa in front of the TV for an hour. 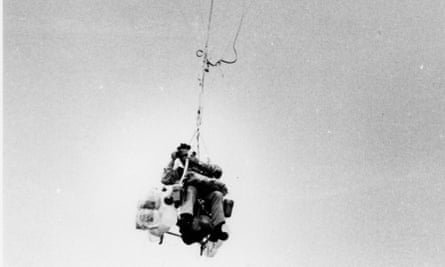 It’s 17 years ago this week since David Blaine hung above the Thames in his glass box for 44 days, to be greeted not so much by awe and wonder from the British public as dog’s abuse at closing time. Blaine’s latest stunt, rising above the Arizona desert clutching a bunch of weather balloons, like a Banksy brought to life, looked far less stressful. Watching the film of his flight, however, it was disappointing that he failed to acknowledge his illustrious predecessor.

In 1982, a young man named Larry Walters attached four clusters of helium balloons to his garden chair, with the idea of hovering above his home in suburban California, before returning to earth by shooting the balloons with his air pistol. In the event, he rose three miles above the Earth’s surface having lost his glasses in takeoff, before a chaotic descent that saw him entangled in power cables. There is no film of that flight, but the parting words of his wife are preserved and stand as a counterpoint to Blaine’s choreographed project.

“Larry, everybody down here says to cut ’em and get down now! Cut your balloons and come down now. Come down, please!”

“I wasn’t going to hassle with her,” Larry recalled later. “But no way in heck… I was just going to have a good time up there.” 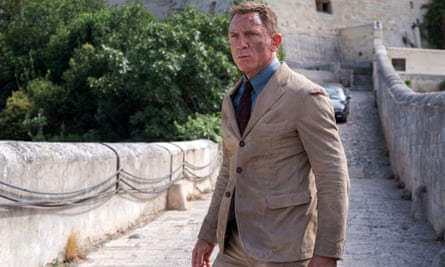 As we approach this year end, signs and symbols of the great national folly of Brexit will come thick and fast. Jacob Rees-Mogg playing Rule, Britannia! on his smartphone in a parliament was only the beginning. The troubled James Bond film, number 25, has already come to reflect a nation both shaken and stirred. After many script rewrites, director Danny Boyle (prime mover of the Olympic pageant of 2012) negotiated his own withdrawal agreement, while the release date (who wants to launch a film called No Time to Die during a pandemic?) has been put back more times than trade negotiations. It’s now slated for socially distanced release in November, another last hurrah.