Locals say anteaters, caimans, capybaras, and a 4-metre boa constrictor have all been seen near Rio de Janeiro’s Camboata Forest recently. The 200-hectare (494-acre) forest is an island of wildlife in a city of 6.7 million people, and local prosecutors say it is home to 21 endangered species including black-backed tanager birds and the cloud-fish, a tiny orange creature whose eggs survive in dried-out water holes and hatch when the rains return.

But most of Rio’s last flatland area of sub-tropical Atlantic Forest and its 180,000 trees will be demolished if plans go ahead to build a new Formula One racetrack over it.

Brazil’s far-right president, Jair Bolsonaro, who has presided over soaring levels of Amazon deforestation and fires, supports the plan. Environmentalists have slammed the project and Formula One’s current champion, Lewis Hamilton, has also spoken out against it. 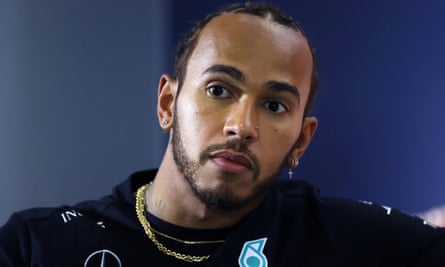 “There is a global crisis with deforestation,” Hamilton said recently. He also pointed out that Brazil already has the famous circuit at Interlagos in Sao Paulo: “The world doesn’t need a new circuit,” he said.

The forest is fresh and quiet, a clear contrast from the nearby blue-collar suburban neighbourhoods of Guadalupe and Deodoro. Felipe Candido, 44, a Guadalupe resident who since 2011 has run the SOS Camboata Forest campaign, pointed out a majestic thicket of bamboo as the breeze rustled the trees.

“You notice how the temperature is cooler here?” said Candido, who works in administration at a school. “A forest is not just made of trees. There is a whole ecosystem here.” The forest acts as a pitstop for birds travelling between forests on the horizon. Candido said it should be turned into a reserve people can use. 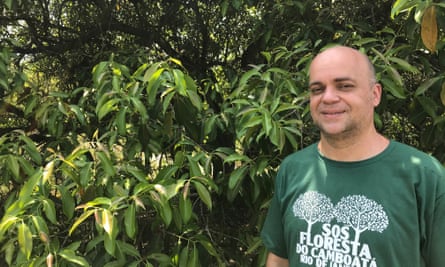 But the pressure is on for Rio Motorpark, a consortium led by US holding Rio Motorsports, to take Brazil’s annual grand prix from its rival track in Sao Paulo – a prize Bolsonaro could then rub in the face of the Sao Paulo state governor, Joao Doria, a bitter rival. There’s a “99% chance, or more, of us having Formula One in Rio de Janeiro from 2021,” the president said last year after meeting the Formula One chief executive, Chase Carey.

Earlier this month, a leaked letter from Carey to Rio’s interim governor, Claudio Castro, said the deal had been made to host the grand prix in Rio, but that environmental licences were still outstanding. But controversy is swirling around the licensing process.

The forest belongs to the federal government. It has been controlled by the Brazilian army since 1907 and was ceded to Rio by the government after the city gave up its old racetrack for installations for the 2007 Pan-American games and 2016 Olympics – many of which have only been used sporadically since.

The Brazilian army has bases across this region and still patrols the forest, one reason it has not been occupied by favelas that have grown up nearby. 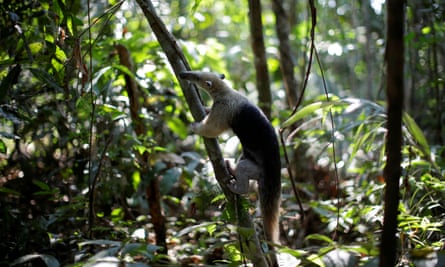 Rio Motorpark commissioned an environmental impact report – a necessary step in getting the licences required for construction to start. Its initial report included just nine of the forest’s endangered species, and technicians originally missed out the cloud-fish, added in a supplementary study after campaigners complained. They also ruled out four other alternative locations for the racetrack without the same rich wildlife – reportedly without actually visiting them.

Rio state prosecutors believe the racetrack contravenes a 2006 law protecting Brazil’s Atlantic Forest and said Rio Motorsports, which won the concession for the track without an environmental licence, had failed to prove there were no better options. Its environmental impact study “presents omissions and inconsistencies”, the prosecutor Gisela Pequeno said, and the company “did not demonstrate satisfactorily” there was no risk to endangered species.

The federal prosecutor Daniel Prazeres raised similar doubts. While the Brazilian businessman JR Pereira, who is behind the project, has vowed no public money will be used, he has yet to explain where its R$697m (GBP95m) investment is coming from. “This causes me a certain apprehension,” Prazeres said.

In an email, a spokeswoman for Rio Motorpark said the location had been chosen by Rio city hall, and that the project would create 3,000 jobs when it was being built, 7,000 indirect jobs when staging Formula One and other events and races, and generate R$2.1bn in economic impact. “Nor is information correct that there will be environmental damage resulting from the project, which is supported by a robust programme of mitigating and compensatory measures,” she said. These include replanting trees and rescuing threatened species. 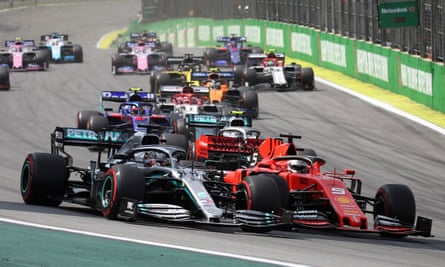 In 2019 Pereira told Piaui magazine the “secondary vegetation” in Camboata did not, in fact, constitute a forest. He said he was considering building apartments on the 47.1% of the land he keeps under the concession. The consortium has since committed to no development, the spokeswoman said – instead a large area will be used for “conservation and preservation practices”.

“The investment is being defined by way of international funds and big sponsors interested in promoting Formula One in Rio de Janeiro,” she said.

Rio Motorpark has talked up the economic benefits the racetrack will bring to the low-income Guadalupe neighbourhood. But the environmental impact report says there will be just 155 full-time jobs. And opinion appeared divided in Guadalupe, with some hopeful for jobs and others worried about losing the forest.

“There are lots of trees, there is room for the racetrack … it’s a great idea,” said shopkeeper Pedro Ribeiro, 68.

“It will remove a place rich in nature that’s special for Brazil,” said auxiliary nurse Rosane Paiva, 51. “There are many other places to put it.”